AAA-1 Masonry & Tuckpointing performed a gut-rehab of an industrial office space in the Edison Park neighborhood of Chicago.

Extensive demolition work was performed over the winter including removal of the drop-ceiling tiles, the damaged carpets, the drywall and most of the plumbing. (In fact, just about everything but the door to the 60-year-old safe was in terrible condition and unable to be salvaged.)

After demolition work, it was decided that the exposed steel beams, wood roof rafters and Chicago common brick walls lent themselves to a terrific century-old industrial look. After creating larger openings for new windows and building new masonry walls for conference rooms and work space (and, yes, the original safe), everything was sandblasted to give it a rich glow. 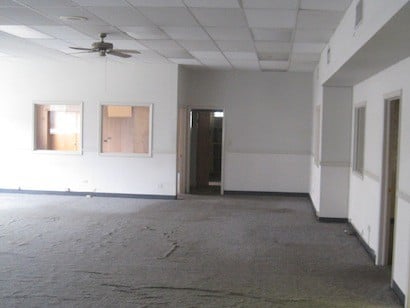 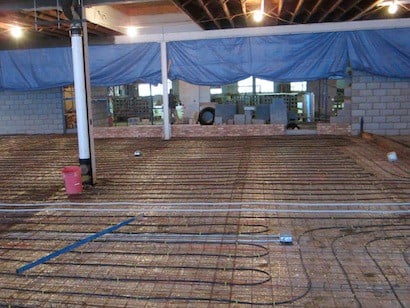 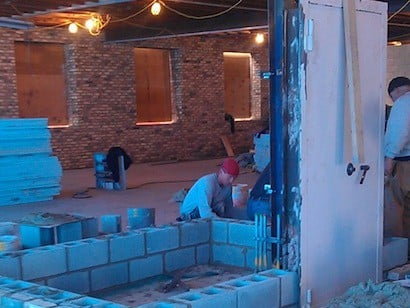 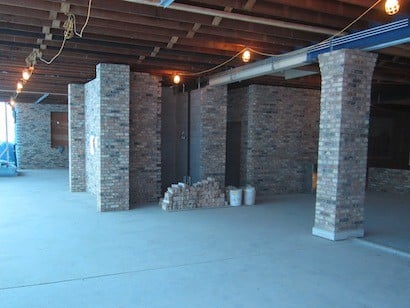 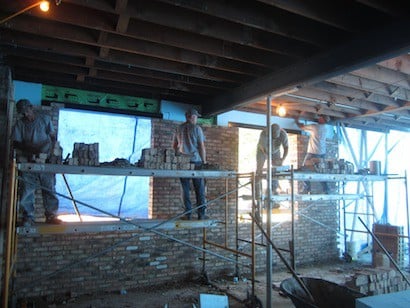 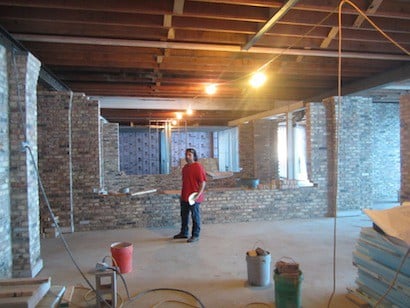 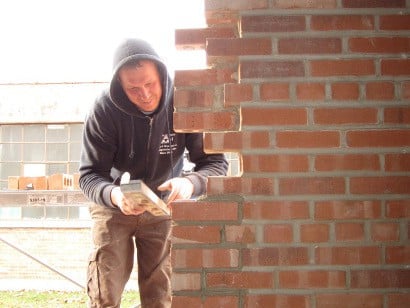 AAA-1 Masonry & Tuckpointing was called out to this Frank Lloyd Wright home in Hyde Park to correct the significant deflection in this 80' tall chimney. Due to its historical significance the City of Chicago's Department of Preservation was consulted and provided guidelines for the work.

After scaffolding was erected and the building could be better evaluated, the chimney caps were determined to be one source of water infiltration and structural damage to the bricks below.

Years ago, an earlier repair of the chimneys consisted of a thin, sloppy and insufficient smear of mortar applied right over the original cracked and eroded mortar joints. Seasonal rains and snows continued to damage the chimney shaft to the point of the severe deflection.

Although the severity of the damage required that the chimney be dismantled, nearly all of the bricks themselves were found to be in very good condition. (This was fortuitous for the owners since bricks of this size, color and texture are no longer produced.) As the chimney was dismantled, the condition of every brick was evaluated. Structurally sound and visually pristine bricks were cleaned of excess debris to ensure proper mortar adhesion (new mortar will not bond well to bricks with bits of old mortar still clinging to them).

With the chimney brickwork almost complete, the final step was to hand-pour a custom-sized concrete chimney cap.

AAA-1 Masonry & Tuckpointing was called to restore the masonry gangway walls of a 100-year-old Lincoln Park single family home. As we often find on structures of this age the bricks here were severely spalled (i.e., delaminated), the mortar joints repaired numerous times with thin (and ineffective) smears of improperly applied mortar, and the fill under the sidewalk had settled unevenly so that the concrete gangway pitched toward the house. (See photo 1.)

And look at the condition of the bricks and mortar joints around that roof drain! (See photo #2.)

Was it any wonder the finished basement chronically flooded?

AAA-1 Masonry & Tuckpointing carefully dismantled the outer wythe of the brick walls and in doing so revealed numerous abandoned chimney flues and windows that the developer covered over. (See photo 3.)

To match the old coal soot-stained Chicago common bricks and mortar remaining on the upper floors of the home, we utilized a darker "clinker" brick and left the texture of the mortar in a rough unfinished condition. (See photos 4 and 5.) 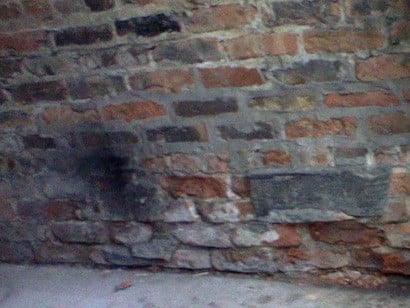 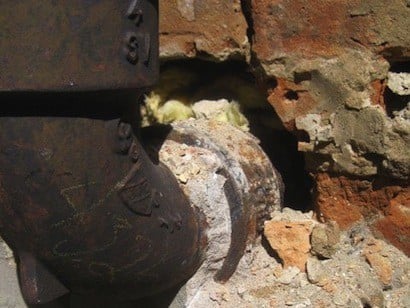 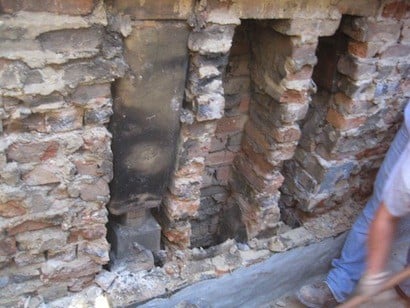 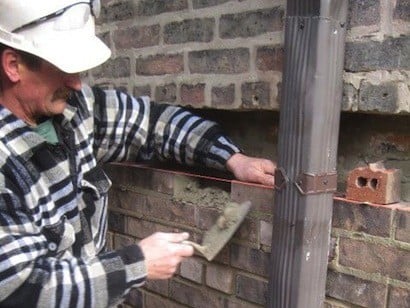 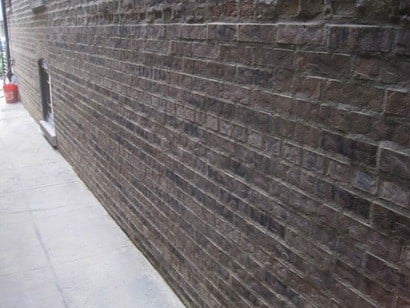 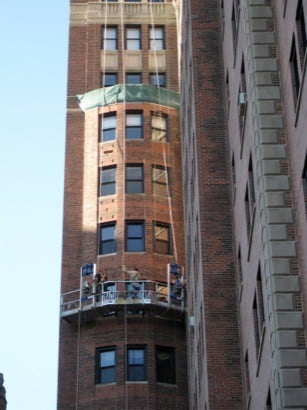 AAA-1 Masonry & Tuckpointing was called out to perform a critical facade inspection of a 16-story century-old building in the Lakeview neighborhood of Chicago.

Working in conjunction with an architectural/engineering firm, AAA-1 Masonry & Tuckpointing's licensed masons identified and corrected the defects in the facade while riding swingstage scaffolding custom built to accommodate the unique features of the building.

Annually, AAA-1 Masonry & Tuckpointing executes capital improvement projects and defect studies (for long-range budget planning) for dozens of condominium associations in the Chicagoland area and the suburbs. For an understanding of the inspection program required for your building, review the City of Chicago's Exterior Wall Maintenance Guidelines (PDF).

This residential chimney's bricks were severely deteriorated, causing a water leak and mold growth in the homeowner's attic. (Notice the face of the brick peeling away from the top left side of the chimney.) In addition, the TV antenna—no longer in use—created additional torque to the brick structure during windy days. 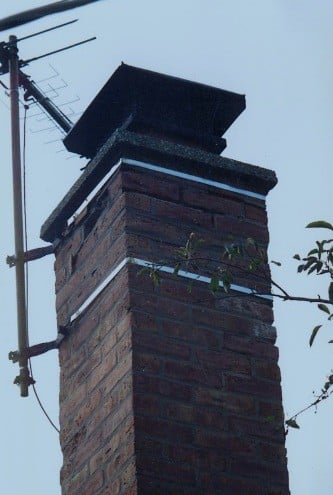 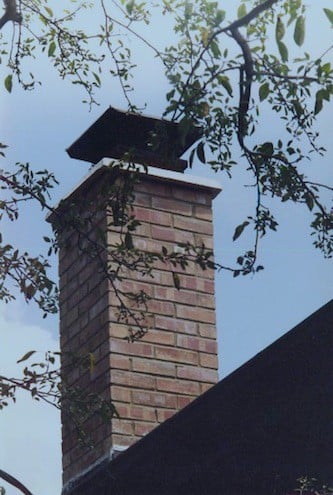