Shortly after moving in, the new owner of this 1950's-era ranch observed heavy efflorescence on the exposed brick chimney shaft in his living room and on the adjacent ceiling. A new roof had just been installed by a reputable contractor (Warner Nelson at Star Roofing & Siding) so we knew the roof was not the culprit.

The new owner had been told that the rebuilt chimney was about a decade old (that's considered a young chimney by our standards), so we popped up onto the roof to have a better look. A close-up inspection revealed a concrete chimney cap cracked in multiple places and very poor mortar adhesion between the bricks (this can happen when ambient temperatures during construction are too high so the mortar dries too rapidly, when the mortar freezes before it has completely cured, or when the mortar has not been mixed correctly). After we removed the roof flashing at the base of the chimney, we were surprised at the extent of the brick erosion and failed mortar. 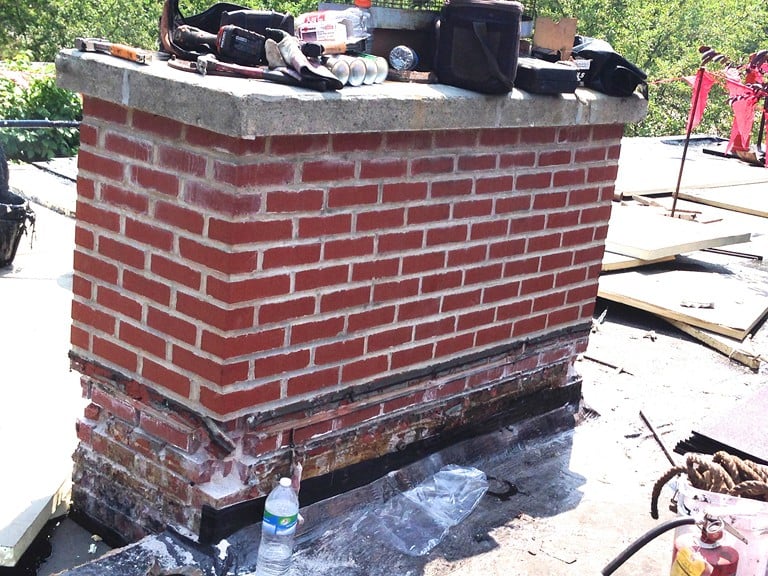 As we dismantled the chimney we were disappointed to see how the previous mason had elected to rebuild the structure. It was a mess. The mortar contained much too much Portland cement, making the mortar too hard for the bricks and virtually guaranteeing the chimney's early demise; improperly sized flue tiles had been used creating a drafting issue (and, potentially, a carbon monoxide issue); and cinder blocks had been used indiscriminately. (We are not fans of cinder block construction.) 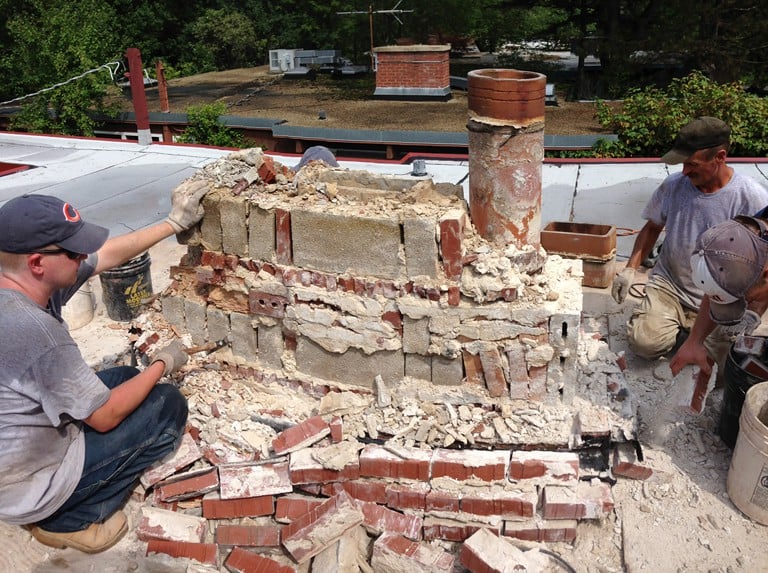 After dismantling the defective chimney down to the roof deck, we set about rebuilding the chimney the correct way: 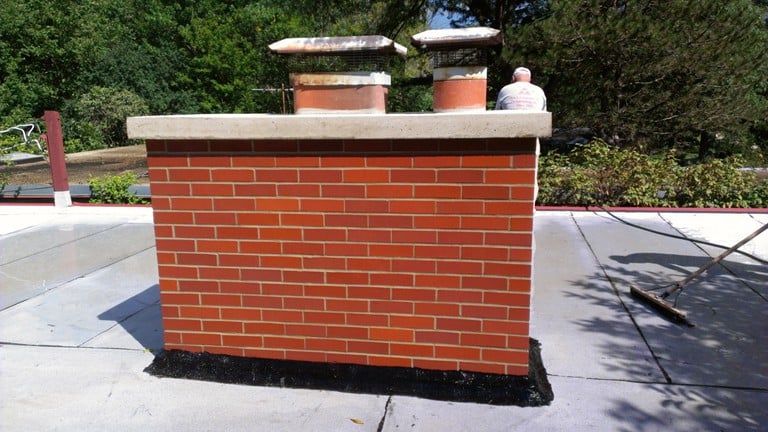 Whether your project is a residential chimney or a mile of parapet wall rebuild, we treat every job with respect and care. Exactly what you should expect from a masonry restoration company in continuous operation for over 60 years.

Thank you for the opportunity to be of service!